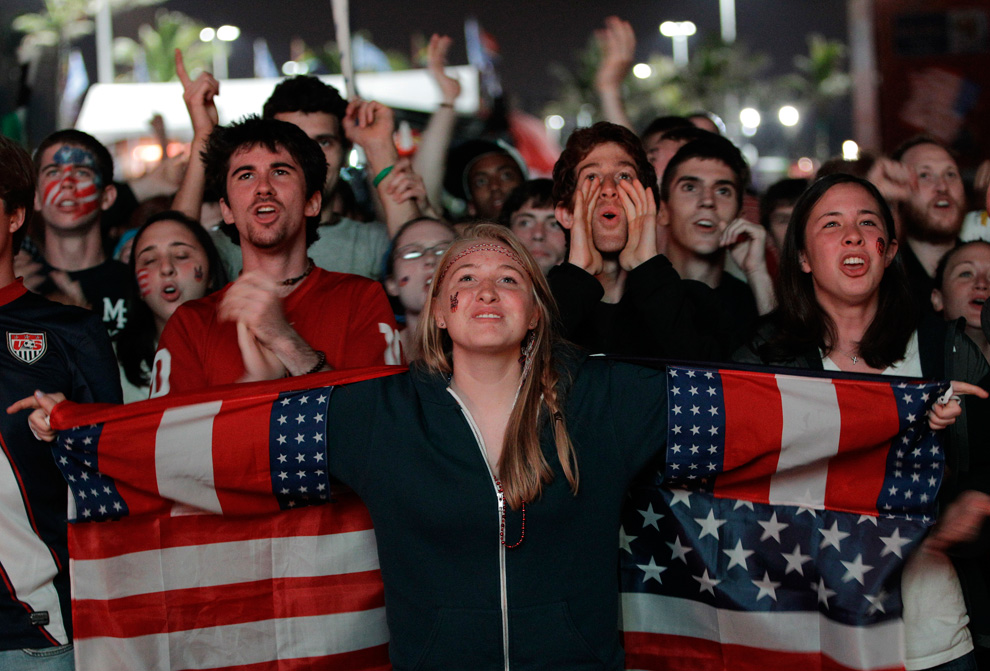 The World Cup is on right now, and I don’t care. When the Olympics were on, I watched the occasional competition with a moderate level of disengaged curiosity. If I had to put a label on it, I guess you could say I am an athletic agnostic.

My lack of loyalty to any team—including those with whom I share a geographical connection—cannot be dismissed as simply a disinterest in sports. I enjoy watching a good football game, a few minutes of basketball here and there, or an intense match of volleyball. Rather, it has to do with an apathy towards rivalry, and the observation of common threads between team loyalty and nationalist political sentiment.

Allow me to explain.

Let’s set aside the World Cup and Olympics and go back to high school. Here is where we first learned of and became immersed in intense rivalry. Previous to this time we might have been involved in little league baseball or some other form of sports, but generally the games were more about performing well and improving skill than they were about defeating the other team to achieve victory.

In high school, however, we suddenly found that we had a new arch nemesis, that other team (in whatever sport) from the nearby school with whom a constant battle for trophies and glory had existed for longer than any of the students present had perhaps been alive. Pep rallies were held, cheerleaders cheered, athletes (some of whom were likely arrogant bullies with substandard academic achievement) were lavished with praise and adoration, and all present were whipped into a fanatic frenzy in our common goal to win.

We were never explained why we must win, or why the other team must be treated as the enemy. If the question ever was asked, the usual answer was probably a reference to the rivalry itself; they were our opponents because, well, they just were. Bathing in this constant drip of enmity, we found, over time, that we cheered the “home team” because they were “ours”, and we were “their” fans. The relationship of loyalty through mere (and superficial) association is not relegated only to young high school students, but also college students (think BYU v. UofU) and adults.

Take, for example, people who are right now cheering for “Team USA” in the World Cup—people who feel to cheer for “our” team because they happen to share the same nationality we do. The vast majority of people watching the game have no connection whatsoever to the team itself, or to most (any?) of the players. But suddenly when pitted against teams from nations around the world, we’re expected to “support our team”, and wo be unto the individual who tries to cheer for the other country!

This pseudo-nationalist athletic loyalty has commonality when looking at foreign policy and the attitude some people have towards individuals from other countries. I have observed individuals who, when discussing a given war between nations, support an escalation of military aggression, and an indifference towards so-called “collateral damage” (the murder of innocent non-Americans), in order to “save American lives”.

In other words, pitted in the same style of “us vs. them” mentality found in many sports, these individuals rank American lives above those who have a different nationality; seeing our side win is the paramount objective, and the result for which our loyalty must be vocally proclaimed. Such a divisive and destructive deprecation of the inherent worth of other individuals, simply due to their geographic and cultural ties, is anathema to everything America allegedly stands for.

This is not to say, of course, that fervent loyalty to a sports team and support for a nationalistic foreign policy are mutually inclusive. I am not suggesting that die-hard USA hockey fans support deploying bombs in Afghanistan, or that World Cup attendees dressed in an array of red, white, and blue consciously despise those of a different nationality. What I am suggesting is that a common thread exists between automatic and strong support for a sports team (primarily because of its geographic association) and a similar nation-based support of military action and foreign policy.

With sports, I do not understand why the game can’t be enjoyed for the competition itself, for the athletic abilities of the players, and for the exciting results, free of the fierce rivalry and drama that is often layered on top of a simple game. Sure, it’s okay to support one team over another, provided that there are legitimate reasons to do so—perhaps the athletes have worked extremely hard, or one or more came from humble circumstances to make a name for himself/themselves, or the players are genuine good people who practice sincere sportsmanship and are trying to improve the sport itself. But with these examples, one’s support of the team would be in relation to consequences of concrete actions, rather than simply wanting a team to win because of where they live, what rivalry they find themselves in, or some other factor that is, at its core, largely irrelevant.

With foreign policy, I do not understand why those who supposedly value their own life, liberty, and pursuit of happiness do not afford the same privilege to other individuals around the world, regardless of nationality. God is no respecter of persons, so why should we be? Any loss of or damage to life should be avoided and opposed, and not simply excused when it supposedly becomes necessary to “save American lives”. Legitimate defense is one thing; an aggressive offense masquerading as “protecting the homeland” with dubious reasons given for its justification is entirely another. “If you’re not with us, you’re against us” is a horrible approach towards foreign policy and finds a philosophical predecessor in the geography-based rivalries that saturate sports.

Sports are not bad, and all war is not unjust. I fear, however, than the rabid fanaticism prevalent in so many athletic competitions, and the degree to which team loyalty is formed simply by loose geographical or other superficial connections, can and does lead to a similar (if subconscious) feeling when the “teams” become governments, countries, and military brigades. I do not support the actions of our federal government simply because it’s “my” government, and I do not support any sports team simply because they’re “mine”. Perhaps what I’m arguing for is a little more balance and critical analysis before offering our loyalty and support to anything.

17 Responses to “My Apathy Towards Athletic Nationalism”