At the Boy Scouts of America’s annual meeting in 2014, the organization’s president, former U.S. Secretary of Defense Robert Gates, stated that he strongly believed that to allow homosexual leaders to participate in the program “would irreparably fracture or perhaps even provoke a formal, permanent split in this movement,” and declared that he would “oppose any effort” during his presidency to consider the issue. A year later, however, he reversed course, pushed for the policy change, and now the fracturing he previously feared may be coming true.

Following the BSA’s announcement that it would no longer prohibit openly gay adult leaders, The Church of Jesus Christ of Latter-day Saints made an announcement of its own. As the largest sponsoring organization of the Scouting program, constituting 17% of membership nationwide for the BSA, the LDS Church stated that “the admission of openly gay leaders is inconsistent with the doctrines of the Church” and as a result, “the century-long association with Scouting will need to be examined.” Many believe the writing is on the wall, and the relationship will soon end.

Let’s ignore, for now, the confusing part of this announcement—the declaration that an openly homosexual leader in the BSA is “inconsistent with the doctrines of the Church.” (Did I miss an announcement in general conference?) As an Eagle Scout myself, and as the son of a dedicated, decade-long Scoutmaster who ran a functioning program providing memorable experiences for dozens of young men, I have spent the last few years pondering whether I want my son to participate at all. The Church’s potential separation—one which I previously believed would never occur under the presidency of Thomas S. Monson, an über Scouter who has an award in his name—may make my decision easier.

I’ll say it outright: I believe that the Church should separate from the BSA, but for the right reasons.

My argument can be best explained, perhaps, by contrasting it against its opposite. Noah Feldman, a law professor writing in Bloomberg, claims that the LDS Church needs the BSA in order to retain its Americana image. The Church, he says, has long “striven to integrate into American society” and that “Scouting has been an important vector for LDS integration into mainstream American life.” Leaving the BSA, argues Feldman, would change the Church’s general policy from one of “integration” with Americans to “separation.”

“To be a Boy Scout is to be proudly American,” Feldman writes—never mind the fact that Scouting is of English heritage, not American, owing to its creation by Robert Baden-Powell, a lieutenant general in the British Army who wanted to teach boys about reconnaissance and military scouting. For its part, the LDS Church made clear in its announcement that as a global organization, it had “long been evaluating the limitations that fully one-half of its youth face where Scouting is not available.” (And what about all the girls?)

While the issue of homosexual leaders is a concern to many, myself included, there are significant issues with Scouting more generally that lead me to believe that the LDS Church would be better off on its own. Feldman’s article almost makes the point for itself. The awkward association between American nationalism and The Church of Jesus Christ—whose kingdom was not only not connected to The United States of America, but not even “of this world”—is reason enough to part ways. Young men and women should be educated and encouraged to become dedicated followers of Christ, and not the American flag. Fixating their view on both God and Caesar—encouraging loyalty and fidelity to both, despite being taught that no man can serve two masters—is a paradoxical program in desperate need of realignment.

Or, abandonment. The Scouting program is steeped in statism. Baden-Powell himself was an authoritarian whose vision of his fledgling program was to train boys in militaristic fashion with the virtues that militaries focus on and foster. “A Scout is loyal to the King” and his subordinates, Baden-Powell wrote. “He must stick to them through thick and thin against anyone who is their enemy, or who even talks badly of them.” Unsurprisingly, unquestioning and submissive obedience is another “Scout law” Baden-Powell created. “A Scout obeys orders… without question. Even if he gets an order he does not like, he must do as soldiers and sailors do, he must carry it out all the same because it is his duty…” (emphasis in the original). Present in Scouting are the virtues of a good soldier: courage, patriotism, self-discipline, and obedience; absent is emphasis on humility, love, knowledge, individual expression, etc. 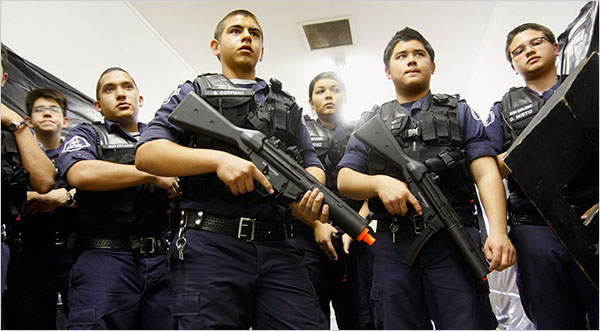 Spencer W. Kimball noted four decades ago that Americans tend to “train a man in the art of war and call him a patriot, thus, in the manner of Satan’s counterfeit of true patriotism, perverting the Savior’s teaching” of loving our enemies. Does Scouting foster the former, or the latter?

While Baden-Powell encouraged his young followers to “work for the good of the State” and to not “think of yourself, but think of your country and your employers,” the American program encourages becoming a citizen of the community, nation, and world. Youth are still seen today as they were in the progressive industrialist era in which Scouting was born: cogs in a machine that need to be molded, refined, and polished to become a well functioning component, subordinate to the interests and goals of the collective.

I would hope it would be different in the Church of Jesus Christ. I believe my son, as a spiritual son of God, has an identity shaped over eons of premortal study, interaction, and progress. I believe he has talents, interests, and priorities that need not be programmed, but discovered. I don’t want him to become an “upstanding citizen,” since this pathetically low benchmark has produced, throughout the world’s history, droves of mindless drones that follow tyrannical orders “because it’s the law” or “because it’s their duty” or “because they were ordered to.” I want my son to discover his true identity and mission in life, use his agency to fulfill his divinely appointed stewardship, and pursue his path where it leads him. He is an individual—a child of God. He is not a “citizen” whose duty is to King or country, especially since one’s duty to God often requires defying Caesar’s demands. Flag worship and nationalism are core aspects of Scouting

There are myriad other reasons to abandon the BSA: high costs and aggressive fundraising programs annually annoying Church members; piles of paperwork and frequent training, discouraging adult leaders from full and enthusiastic participation; a split focus, with youth and leaders struggling to find the balance between the Church’s program for young men and the BSA; and an obsession with rank advancement and micro-managed measurement of progress, causing many to lose sight of the forest for the trees.

Feldman writes that Mormonism’s separation from the BSA would be “an act of secession for the church—secession from the evolving American way.” Homosexual leaders or not, I contend that this would be a good thing, since the “American way” is hardly an ideal to be inculcated in every child, let alone one that has received a divine stamp of approval. “It will always be necessary to have institutional ties and practices to the American mainstream,” he continues, “in order to be accepted by it.” Perhaps the time has come to stop prioritizing cultural acceptance and focus more on being a peculiar people.

I’d love to see a Church program for both boys and girls that features many of Scouting’s praiseworthy components, but with a Christian individualist twist:

I regularly speak to homeschooling groups, and sometimes share my concern that many homeschool families are literally creating school at home—implementing the awful aspects of government institutions within the four walls of their own home. If one is to homeschool, one should do it right and not merely replicate public schools within one’s own house. If the Church is to separate from the BSA, I would likewise hope that radical change is on the table, rather than retaining some of Scouting’s more systemic issues.

For me, the issue of homosexual leaders in the BSA is a small concern compared to those listed above, yet it may be the driving force that leads to the separation I strongly support. As a former Scouter myself, and as the father of a son who is more than a cog in a machine, I hope that his future opportunities as a young man within the Church are conducive to the plans God has for him.